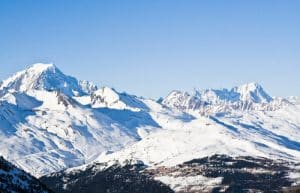 Booked a ski holiday to Les Arcs? Thinking of flying? You have a choice of one of these 4 airports; Geneva, Grenoble, Lyon and Chambery. Choosing the right one could save you time and money on your transfer to Les Arcs. We’ve listed the transfer times from each airport further down this page.

Once you’ve decided on your airport, you’ll need to consider how to get up to Les Arcs. Private taxis are the most convenient but are expensive. Hiring a car is also an option but remember to add on the cost of tolls, petrol, in-resort parking and snow chains. Ben’s Bus shared transfers are the cheapest way of getting to Les Arcs and the most environmentally friendly.

Our network of shared transfers include buses from Geneva Airport to Les Arcs. We have stops in Les Arcs 2000, Les Arcs 1950, Les Arcs 1800 and the UCPA Centre at 1600. From Grenoble and Lyon Airports our shuttles go as far as Bourg Saint Maurice, the village at the bottom of the mountain and the transport hub for Les Arcs. Visit our Grenoble to Bourg or our Lyon to Bourg pages to see how to get from Bourg St Maurice to Les Arcs.

We run Les Arcs airport transfers on week-ends during the 2021 / 2022 ski season. Our shared transfers operate from 11th December 2021 – 16th April 2022, depending on which airport you use. We operate many shuttle buses each day and we generally transport passengers in large coaches. This means cheaper fares for you but more importantly, it lowers your carbon footprint. We have some amazing discounts for groups and children. As a result, our prices start from just £79pp Return.

The closest airport to Les Arcs is Chambery and it has the shortest transfer time. However, there is a much greater choice of airlines and flights if you fly into Geneva Airport (GVA), Lyon Airport (LYS) or Grenoble Airport (GNB). The transfer time depends on the traffic and weather. We allow extra time for the journey when we think travelling conditions may be bad, such as during the French school holidays. The transfer times below are all for Arcs 2000, the furthest Les Arcs resort.

Get directions from Geneva Airport to Les Arcs

Lyon Airport to Les Arcs is 212 km. The transfer to Bourg takes about 2 hours 50 minutes. A Return costs from £71pp

Get directions from Lyon Airport to Les Arcs

Grenoble Airport to Les Arcs is 208 km. The transfer to Bourg takes about 2 hours 50 minutes. A Return costs from £73pp.

Get directions from Grenoble Airport to Les Arcs

Chambery airport to Les Arcs is 135 km. The transfer takes about 2 hours 30 minutes.

Get directions from Chambery Airport to Les Arcs

Bourg St Maurice Coach Station to Les Arcs is 25 km. The transfer time is about 40 minutes by road. If you are arriving from Grenoble or Lyon Airports or by eurostar, we’d recommend the funicular train for onward travel from Bourg St Maurice. 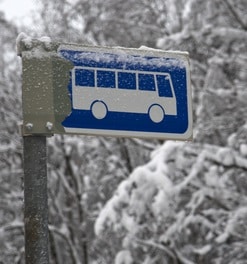 All our airport shuttles from Geneva Airport stop at Les Arcs 2000, Les Arcs 1950, Les Arcs 1800 and the UCPA Centre in Les Arcs 1600. Visit our Geneva Airport to Les Arcs page to see the exact locations of the bus stops. If our stops are not too close to your accommodation, you can take a free in-resort shuttle bus, depending on the time of day. 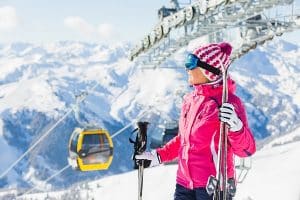 Les Arcs is a set of purpose built resorts, spread over the villages Les Arcs 2000, 1950, 1800 and 1600. They are connected to the La Plagne resorts by the impressive Vanoise Express, a spectacular, modern and very fast cable car. The Paradiski area offers access to some great ski slopes, covering over 425km of marked runs, served by 141 lifts. This includes access to 2 glaciers, ensuring your ski holiday is snow-sure.

The Les Arcs ski area itself, with its 200km of pistes, does offer skiing for all tastes and abilities. There are 18 black runs, 33 reds, 56 blues and 1 greens. It is a popular resort with snowboarders.

Pistes Maps: The piste map of Les Arcs also shows the La Plagne pistes as together they form the Paradiski ski area.

Baggage Storage: The Tourist Office run a facility at Les Arcs 1800. More details can be found on our Baggage Store page.

Car Hire: Don’t forget to consider the cost of snow chains, petrol, tolls, parking in resort and the insurance excess.

Visit the websites for Geneva Airport, Lyon Airport, Grenoble Airport or Chambery Airport for information about the airports.